ASO is a strategic process of optimising the performance of your iOS and Android mobile apps on respective App stores. ASO is increasingly gaining popularity these days just like SEO. The need to differentiate your mobile app from that of competitors’ is inevitable as there are millions of apps competing for the users’ attention. More than 50% of apps are downloaded through App Stores. Thus, ASO is one of the primary ingredients of the recipe for mobile app promotion and success.

Our ASO services have been dedicatedly designed to focus on improving the visibility of your mobile app on the Apple store and Google Play store. Sankalp appreciates the significance of ASO in increasing discoverability and downloads of your mobile app. Thus, we adopt a comprehensive process that includes various sub-actions intended to earn a higher ranking for your app thus making it to the top of the chart. Our focus is to accelerate the rate of organic downloads using established methods driven by innovation.

Get maximum downloads for your Mobile App with our ASO Services

Sankalp relies on a systematic approach by working on each of the below-mentioned factors individually in attaining App Store Optimisation leading to an aligned way of an app promotion.

Title of the App

This is where the first impression begins on the user. The app title must reveal what your app is meant for. We assist clients in creating a catchy title for their app with optimum usage of keywords.

The icon representing the App

An attractive logo catches the attention of the user and motivates him to probe further. We create logos that visually communicate the reason behind the existence of your app.

Description for the App

This can be your USP if fresh and appropriate content is included. Users primarily read an App’s description before downloading it. Thus, we help in devising an optimized description that is concise and throws light on the app’s features and benefits.

Short and informative videos increase the number of downloads for mobile apps. They contain exclusive features and benefits users can accrue by using your mobile app. We create inspiring videos that can deliver value to your prospects.

Screenshots are like the best products of a store that are displayed on the shelf. We help to select and adding appealing screenshots that show the functionality of your app and showcase the best features.

We help in designing and developing a compelling landing page for your app that attracts the users’ attention and encourages them to download your app.

Keywords play a crucial role when it comes to ASO. By analyzing the trends and studying analytics, we come up with relevant keywords that are used by the user frequently and incorporate them judiciously wherever required. We extend services in app localization as it is a critical factor for targeting the audience from different regions.

By submitting apps to various credible websites known for reviewing and rating the apps, it is possible to gain accurate ratings. We can also embed features that prompt users to leave their valuable feedback and evaluation sharing their users’ experience. It also includes replying to reviews and feedbacks positively.

Category to which App belongs

Primary and secondary categories help in placing the app in the appropriate slot so that your app remains available to the right user.

By incorporating social media links into your app you can enhance the download numbers by reaching a wide array of audiences.

You'll Love to See Our Work!

As you can see ASO involves working on details for excellent outcomes. Excluding one factor can be detrimental for the app promotion. Sankalp is an established name in the industry with a team of experienced experts. We provide high-quality ASO services so that your app can reap the benefits to its fullest. 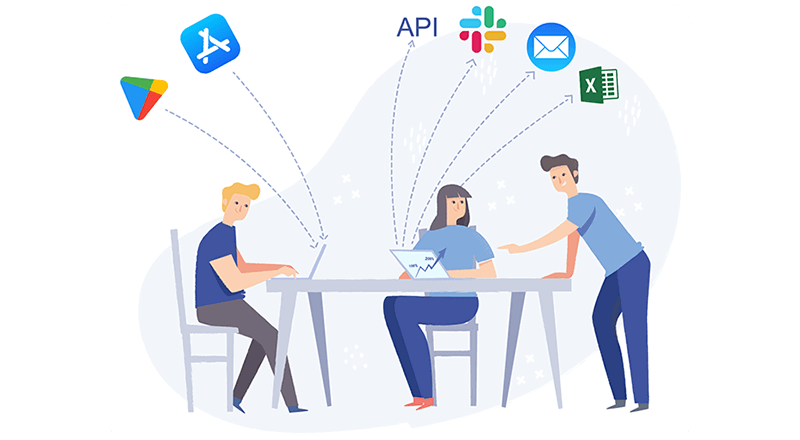 You should receive a confirmation email soon.